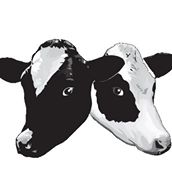 “For years, eNom and OpenSRS have been the two leading registrars primarily focused on the needs of resellers. This focus means these businesses fit very well together,” said David Woroch, Tucows’ Executive Vice President of Domains. “The acquisition keeps eNom resellers where they will be well understood, well valued and well served and creates tremendous value for Tucows and resellers on both sides through efficiency and scale.”

Tucows’ OpenSRS manages nearly 15 million domain names and millions of value-added services through a global reseller network of over 13,000 web hosts and ISPs.

“This industry has changed so much since Tucows and eNom each launched wholesale registrar services over fifteen years ago and .com, .net and .org essentially represented the namespace,” said Elliot Noss, CEO of Tucows. “It is a lot more challenging and complex now. At the same time, it is more mature and much more competitive. Scale is absolutely critical. This is a rare deal that gives Tucows and its investors exactly that while offering an immediate cash on cash return.”

Branding and Trust Building for SMBs