Dedicated hosting company 100TB, part of UK2 Group, has announced two distinct dedicated server packages. Underpinned by 100TB’s network, the broadening of its family of dedicated servers would ensure customers can get the performance they need, without paying for capacity they don’t.

Bandwidth options for the Flame and Inferno dedicated servers include the standard 100TB monthly allowance with either 1Gbit or 10Gbit network, unmetered 1Gbit, or an upgrade to 10Gbit with 1PB, giving access to over 3Gbps sustained bandwidth. Designed to offer ultimate levels of performance, it uses an intelligent routing platform by Noction to monitor network traffic without impacting upon it, and direct dataflow through the quickest and least congested route. This would improve network performance by as much as 50%, drop latency by the same amount and increase availability to 100%. 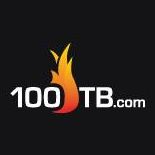 Recognizing that performance is still a must for lower-intensity bandwidth applications, 100TB has also introduced the Glow server as the company’s “best value dedicated server” offering. Providing customers with 2TB of bandwidth alongside 4GB RAM, a 1TB HDD and a dedicated 1Gbit network port. Glow joins the 100TB family of dedicated server solutions – Ember, Flame and Inferno – and is aimed at customers who want a better quality network and superior performance balanced with bandwidth capacity they need.

“Given 100TB’s heritage in performance-first, we’re focused on building new product offerings which cater for our customers’ needs today and into the future,” said Phil Male, CEO, UK2 Group. “We’re seeing increasing demand for dedicated servers and with these new offerings, we will be able to meet the specific needs of a greater proportion of the market.”

Both solutions are available today as options for 100TB’s London and Salt Lake City, Utah, data centers. Teams based in the UK and the USA offer 24/7 support, 365 days of the year and 100TB dedicated servers are backed by a fully automated on-demand infrastructure.