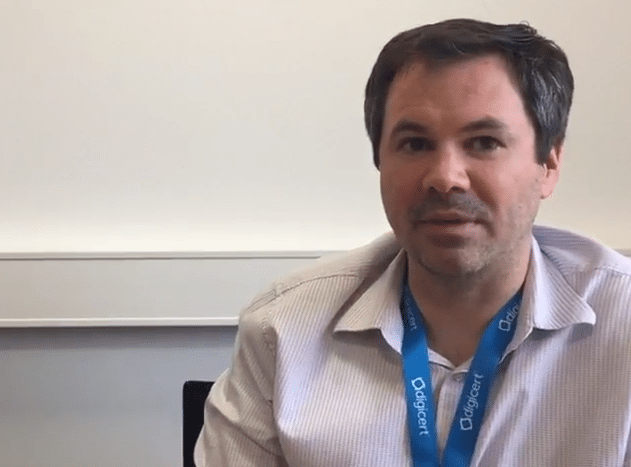 At CloudFest, the HostingJournalist.com editorial staff did a video interview with Jeremy Rowley, Chief Product Officer at DigiCert – the company that acquired Symantec last year.

According to Mr. Rowley, one of the biggest online threats currently lies in the rising deployment of IoT equipment. In this video, he also elaborates on the impact of Google’s announcement to distrust Symantec certificates with the release of Chrome 66 scheduled for later this year.

Refrigerators, microwaves, smart home systems, they are all coming online while these devices are not necessarily secured by default, states Jeremy Rowley. DigiCert is working actively to help partners like CSPs and MSPs as well as end users to secure IoT devices and networks. DigiCert is also actively working on replacing the Symantec certificates, to make sure that all existing Symantec clients stay protected. The full conversation we had with Jeremy Rowley at CloudFest can be found in the following video.

CRM Provider Salesforce to Invest $2 Billion in its Canadian Business...