Servers.com, part of the fast growing XBT Holding group of companies with brands including ColocateUSA, Universal CDN, and Webzilla, has launched a new data center in Luxembourg. The new facility joins the company’s existing data center locations in Dallas and Amsterdam, providing local customers with the availability of Servers.com’s dedicated servers, cloud hosting, and storage services.

The local dedicated servers in Luxembourg are joined in a private network with servers in Dallas and Amsterdam, making Luxembourg an integral part of Servers.com’s Global Private Network.

Servers.com is a global hosting provide with an automated hosting platform for small to medium scale business customers (SMB). The platform would offer a wide diversity of service formats in one package, which gives Servers.com’s customers the needed solutions and business tools under one roof – with service pricing based on users’ action data analyzes.

“We have created a platform based on high-speed, low-latency and secure network, and we are constantly trying to come closer to end users,” said Aleksej Gubarev, CEO of Servers.com. “Today’s announcement fits this strategic plan, locating the platform in different strategic areas including the USA, the Netherlands, and Luxembourg with a plan to open new data centers in Moscow and Singapore within two months.” 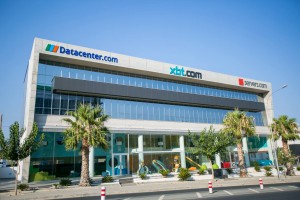 In addition to the new Luxembourg facility, Servers.com expects to open its first data center in Russia at the beginning of 2016. Following the new Russian data privacy legislation rules, this new data center will be established to service Russian customers. The company’s fourth data center location will be located in Moscow.

Last September, XBT Holding announced the acquisition of Russian company Edinaya Set to launch the regional versions of its hosting services in Russia.

The domain name Servers.com was acquired by XBT Holding for $300,000 as a highest bid in a bankruptcy auction, which took place in Dallas, U.S. The selling price was a bargain compared to the domain name Server.com (singular) that was sold for $770,000 in 2009.