NGINX, the company delivering a comprehensive application delivery solution in use on more than 120 million websites worldwide, has announced the availability of NGINX Plus R8 – the latest release of its application delivery platform. This latest update provides an initial release of OAuth-based authentication, the industry standard for authentication and authorization.

OAuth enables ‘Single Sign On’ capabilities for applications, as well as access controls for APIs. Organizations can use NGINX Plus to offload OAuth processing from application servers, allowing for more efficient utilization of infrastructure, as well as developer time.

Many of today’s most popular sites and applications, like Spotify and Airbnb, use OAuth authentication to allow users to easily leverage existing credentials from an authorization server, such as Facebook or Google. 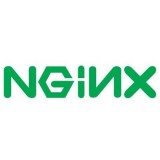 For end users, OAuth would greatly improve the user experience by eliminating the need to maintain separate usernames and passwords for a multitude of websites. It would also mean more seamless and rapid access to applications, which is crucial for obtaining and keeping users in today’s fast-paced web environment. NGINX Plus is ideally placed to handle the burden of authenticating requests and simplifying the identity implementation in the business logic.

In addition to OAuth authentication, the latest NGINX release also adds several new and updated features to ensure organizations can deliver their applications with the performance, security, and reliability required for modern enterprise applications:

Many of the Internet’s largest websites rely on NGINX, including Airbnb, Box, Instagram, Netflix, Pinterest, SoundCloud, Zappos, and more. The company is headquartered in San Francisco with offices in Moscow and London.

API Management for Serverless and Multi-Cloud (Next '19 Rewind)

Building Your Data Lake on AWS