Nimboxx, a provider of software-defined data center solutions, has announced the availability of the AU-110x, the latest addition to the company’s portfolio of web-scale, hyper-converged devices. The new HCI appliance would deliver 360,000 IOPS, in addition to a 60 percent increase in storage capacity, and increased levels of processing power for data intensive workloads such as business intelligence and big data applications.

Built on the same platform as existing NIMBOXX solutions—which combine compute, storage, networking and security into a single system – the AU-110x would deliver extreme ease of use and high performance, while reducing overall data center costs. 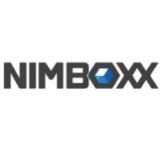 NIMBOXX also unveiled high availability across its MeshOS operating environment, ensuring data resiliency and continued operation of critical workloads with as few as two nodes. MeshOS enables NIMBOXX ‘Private Cloud in a Box’ functionality with direct control over all hardware in the system, which would optimize compute resource utilization and deliver high levels of I/O performance.

“The NIMBOXX hyperconverged appliance family, with the new MeshOS, provides superior price and performance when running both legacy and newer scale-out business workloads,” said Andy Salo, vice president of product management at NIMBOXX. “These additional hardware and software capabilities not only allow our users to more effectively address the demands of mission critical workloads, but continue to deliver the simplicity, value and ease of use that they’ve come to expect from NIMBOXX.”

This Week in Cloud: Next OnAir week 8