With 53+ million downloads in the last two years, Express has become one of the key toolkits for building web applications. Now, Express and some of its constituent modules are on track to become a new incubation project of the Foundation.

Express underpins some of the most significant projects that support Node.js, including kraken.js, a “secure and scalable” layer that extends Express and is heavily used by enterprises. Kraken.js was open sourced by PayPal in 2014. It also underpins Sails.js, a web framework that would make it easy to build custom, enterprise-grade Node.js apps, and Loopback, a Node.js API framework. 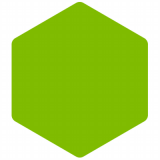 “This framework is critical to a significant portion of many Node.js users,” said Mikeal Rogers, Community Manager of the Node.js Foundation. “Bringing this project into the Node.js Foundation, under open governance, will allow it to continue to be a dependable choice for many enterprises and users, while ensuring that we retain a healthy ecosystem of competing approaches to solving problems that Express addresses.”

“The work around developing and maintaining Express has been a tremendous asset to the community,” said Rod Vagg, Chief Node Officer at NodeSource and Technical Steering Committee Director of the Node.js Foundation. “With 5 million package downloads in the last month, the stability of this project, that will get a huge boost through open governance, is very important to the efforts of the Node.js Foundation in supporting Node.js as a technology and developer ecosystem.”

Assets related to Express are being contributed to the Node.js Foundation by IBM.

“IBM is committed not only to growing and supporting the Node.js ecosystem, but to promoting open governance for the frameworks that enable Node.js developers to work smarter, faster and with more agility,” said Todd Moore, IBM, VP Open Technology. “We are thrilled that Express is being introduced as an incubated top level project of the Foundation. Express has a bright future and a new long term home that will ensure resources, reliability and relevancy of Express to the global Node.js developer community.”