Caringo Swarm is software-defined object storage built to control any volume, flow or size of unstructured information. This would dramatically reduce complexity while extracting maximum value and performance from HPE hardware. 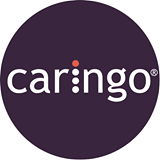 “We are excited to be part of the HPE Helion Ready Program, allowing our bulletproof object storage software to be used in conjunction with the HPE Helion OpenStack platform,” said Tony Barbagallo, Caringo’s VP of Product. “HPE Helion users now have immediate access to a tested, fully documented and supported object store that radically simplifies management and offers flexible, enterprise-grade data protection.”

At SC15, the international conference for high performance computing, networking, storage and analysis, taking place November 16 – 19 in Austin, Texas, Caringo is exhibiting its object storage software platform, Caringo Swarm. The offerings Caringo will be demonstrating at SC15 include:

Cisco ACI gives you the power to answer any data center...

What is a catch-all email account and how to set one...