By joining The Linux Foundation’s portfolio of events, the Open Networking Summit plans to extend its reach to the broader open source community and include Linux Foundation projects such as ONOS, OpenDaylight and OPNFV, among others. ONS will host collaboration among these projects, as well as efforts such as IOVisor, OpenDataPlane, OpenSwitch, and P4, among others to advance the state of the art for Software Defined Networking (SDN) and Network Functions Virtualization (NFV).

ONS has become a recognized forum for major industry announcements and the introduction of open source networking projects. AT&T, Google and The Linux Foundation, among others have announced major networking projects and initiatives at ONS over just the last few years. ONS also pioneered the SDN Solutions Showcase, which includes live demonstrations and use cases from vendors, partners and customers. 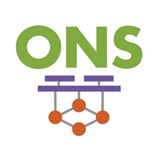 Created by the founders of SDN, ONS is designed to foster collaboration that addresses the opportunities, challenges and key developments in the quickly evolving world of SDN, OpenFlow, and NFV. For the past five years, ONS has united the networking industry ecosystem of developers, end users, both disruptive and incumbent vendors, open source project maintainers, leading researchers, business executives and investors to discuss breaking SDN and NFV developments for immediate impact to shape the future of the networking industry.

“The networking industry is in the early stages of a major transformation that relies on open source and collaboration,” said Linux Foundation Executive Director Jim Zemlin. “Through its open source networking projects, The Linux Foundation has been helping to lead the evolution of this industry, and we are excited to combine our expertise with ONS’ to continue the growth of open source in this space for the benefit of service providers, cloud hosting providers and enterprises.”

The ONS 2016 event will bring together the global SDN / NFV ecosystem and open source community to showcase solutions that are transforming networking for service providers, data centers and enterprises and to help developers and architects keep up with the SDN/NFV tools and technologies ready for evaluation and deployment.

The focus of the 2016 event will be on enabling the understanding of the open networking landscape and how it advances SDN and NFV through pragmatic use-cases, making ONS an ideal forum for companies to share their thought leadership positions and production innovations in the area of open source networking.