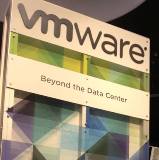 A survey of North American developer communities, commissioned by database-as-a-service (DBaaS) provider Tesora, shows that 15 percent are running private clouds on VMware vCloud closely followed by 11 percent using OpenStack. Fewer than 3 percent of private clouds are on Citrix’s CloudStack while Eucalyptus barely registers (< 1%) even though it is Amazon’s designated AWS-compatible private cloud.

The top three reasons cited for implementing a private cloud were cost-savings (44%), operational efficiencies (38%) and ‘integrates with my existing systems’ (37%).

Not surprisingly, the survey also showed that Amazon AWS is the most popular public cloud hosting platform (24%) followed by Google Compute Engine (16%) with Microsoft Azure (8%) slightly more popular than Rackspace (6%) and IBM Softlayer (4%).

Use cases for private and public cloud hosting environments were surprisingly similar. Web services, testing/QA and databases were the most common for both. In the public cloud, web services are the number one workload (32%) whereas in the private cloud, databases take the lead at 26 percent. The results revealed some other interesting points. Only 5 percent were doing any kind of big data/data mining/Hadoop workloads suggesting that the hype around big data may still be a bit ahead of reality.

Among the companies who responded to the Tesora survey were developers from AT&T, Adobe, ADP, Ericsson, HP, IBM, Prudential, Ricoh, United Healthcare and Wells Fargo. 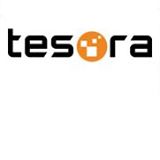 Headquartered in Cambridge, Massachusetts, Tesora is the provider of a scalable Database-as-a-Service (DBaaS) platform based on OpenStack Trove. The company is backed by investments from General Catalyst, Point Judith Capital and a number of angel investors including Jit Saxena, founder and chairman of Netezza.

The survey commissioned by Tesora also deals with database related subjects in more detail. To learn more about the survey results, send an email to: [email protected].