Mirantis will focus on development of its zero lock-in OpenStack software, including its downloadable distribution, Mirantis OpenStack, and its on-demand, hosted option, Mirantis OpenStack Express. Mirantis is currently the No. 3 contributor to OpenStack and will continue contributing to the community, with particular focus on enterprise-grade reliability and ease-of-use. The funds will also be used to accelerate international expansion in Europe and Asia-Pacific, deepen its bench of support engineers, and grow its open partner ecosystem. 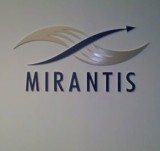 “Mirantis is already leading the OpenStack ecosystem. We are committed to helping it become the principal cloud vendor,” said Vivek Mehra, general partner at August Capital, whose partners have helped grow Splunk, Microsoft, Sun Microsystems, Seagate, Skype, and Tegile Systems into dominant technology players. “Its unique pure-play approach will trump the lock-in of traditional IT vendors.”

Mirantis has helped more than 130 customers implement OpenStack, including Comcast, DirectTV, Ericsson, Expedia, NASA, NTT Docomo, PayPal, Symantec, Samsung, WebEx and Workday. Among these is a five-year software licensing agreement with Ericsson. Mirantis is also one of the largest providers of OpenStack cloud products and services for the telecommunications industry, serving Huawei, NTT Docomo, Orange, Pacnet, Tata Communications, and others.

“Mirantis OpenStack is the only truly hardened and commercially-supported OpenStack distribution today that you can just download from the website, install using an intuitive GUI driven process and be up and running in no time,” said Nicholas Summers, Cloud Architect at Home Depot, a Mirantis customer. “With everyone else, you either get raw upstream code or need to engage in an elaborate sales discussion before even getting your hands on the commercial version.”