The OpenStack community has released Pike, the 16th version of this widely deployed open source infrastructure software – with a focus on manageability, composability and scale. The latest release comes with new delivery models like private-cloud-as-a-service.

With new delivery models like private-cloud-as-a-service, it would be easier than ever to adopt OpenStack through the open source ecosystem – where users are not locked into a proprietary technology or single vendor. The software now powers 60 public cloud availability zones and more than a thousand private clouds running across more than five million physical cores. 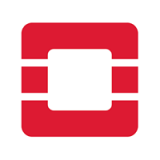 “The features and upgrades that Pike brings are the lessons of experience you get from enabling thousands of public and private clouds, large and small, for seven-plus years,” said Jonathan Bryce, executive director of the OpenStack Foundation. “The rise of composable services and simpler consumption options are part of that maturation process. Our community is now focused on eliminating future technical debt as well as growing OpenStack’s capabilities to support ever-expanding use cases.”

OpenStack Pike offers new capabilities that would improve manageability and provide greater flexibility and scale, including:

OpenStack’s modular architecture also allows users to pick the functionality they need – whether that’s bare metal or block storage provisioning – to plug into an infrastructure stack. This composability – which makes possible use cases like edge computing and NFV – is a marked distinction from proprietary on-premises offerings, or even earlier versions of OpenStack.

Cisco named #1 on Fortune Magazine’s Best Companies to Work for...

How to install Cube Cart from Softaculous