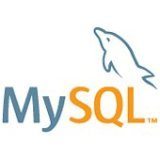 To meet the demands of today’s web, cloud hosting, and embedded applications, Oracle has released version 5.7 of MySQL. The enhancements in this “Developer Milestone Release” would improve performance, scalability and manageability of Oracle’s database solution.

Key features of the enhanced Oracle MySQL solution include: