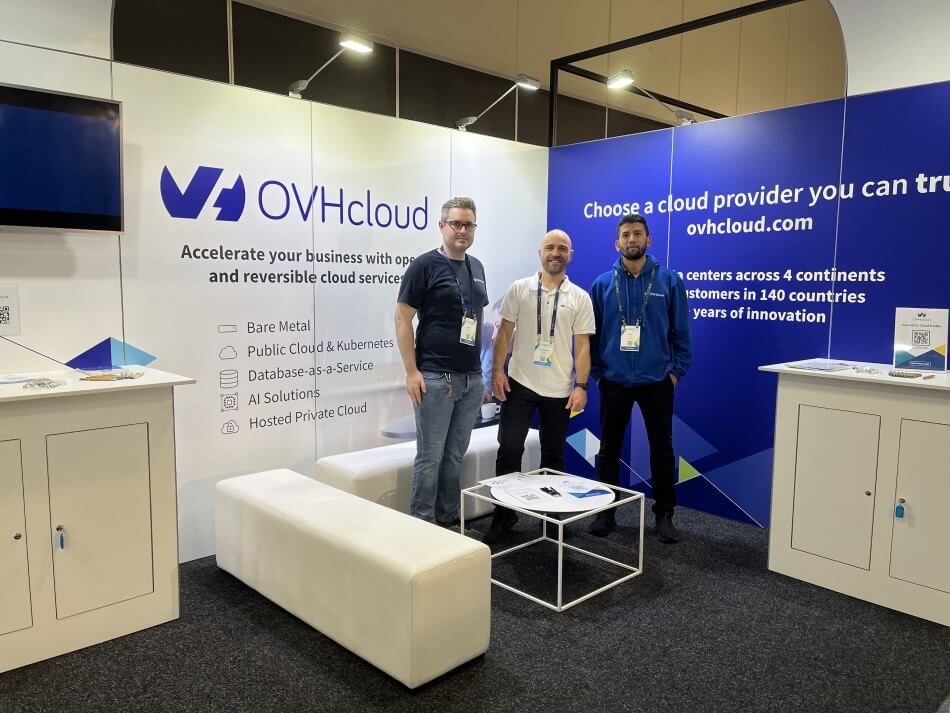 Without taking into account the direct effects of the Strasbourg data center fire incident, and assuming constant exchange rates and consolidation scope, OVHcloud reported consolidated revenue of €202 million for the third quarter of FY22. It’s a 25.9 percent increase over the same period last year. The strong third quarter results would show a strong commercial momentum, with growth being driven by ARPAC development and an accelerating Enterprise segment.

“With growth of 25.9% in Q3, OVHcloud continues to demonstrate the effectiveness of its strategic plan,” said Michel Paulin, Chief Executive Officer (CEO) at OVHcloud. “This good performance reflects the Group’s ability to gain new customers, primarily in public cloud and private cloud, as well as the success of its international development. Thanks to our teams and an ever more engaged ecosystem, and despite a deteriorating macro-economic context, we look forward to the fourth quarter of our financial year with confidence and are raising our annual revenue growth target to a 16%-18% bracket.”

A net revenue retention rate of 120% during the timeframe would demonstrate OVHcloud’s capacity to expand with its clients (vs 100 percent in FY21). Excluding vouchers and credit notes issued in response to the data center fire incident in Strasbourg, the percentage was 107 percent (vs 103 percent in FY21).

The French Marine Nationale and KS2 with SecNumCloud offerings, together with Cegid in France, TBS-Education in Spain, and Tatum in Eastern Europe, were just a few of the new clients that OVHcloud added during the third quarter. The sales made through partners, whose number had nearly surpassed 900 at the end of the third quarter and who had experienced double-digit revenue growth during that time, were the main force behind this sales performance.

The growth of foreign business in OVHcloud’s revenue, which increased to 51 percent throughout the quarter, and the shift in the business mix toward public and private clouds are both indicators of the third quarter’s progress, stated OVHcloud.

At the end of the third quarter, OVHcloud had 80 IaaS and PaaS solutions, exceeding its goal one quarter earlier. In order to best fulfill its customers’ demands, OVHcloud keeps expanding the range of solutions it offers. With a consistent rise in revenue produced by these new PaaS solutions, the sales momentum for these products has started to manifest results, according to OVHcloud.

Revenue from Private Cloud, which includes Hosted Private Cloud and Bare Metal, reached €125 million; this is an increase of +32.5 percent on a reported basis and +14.6 percent on a like-for-like basis. Thanks to significant development in ARPAC, the segment maintained its momentum after excellent growth in the first half of the year in Asia, the United States, and particularly in the Digital channel.

The reported revenue is affected by the Strasbourg data center fire incident related commercial gestures to the tune of €0.3 million in losses and €2.4 million in gains due to exchange rate fluctuations.

Revenue from Public Cloud for OVHcloud increased significantly during the quarter, reaching €33 million, or +50.3 percent on a reported basis and +19.4 percent on a like-for-like basis. The success of the upsell and cross-sell initiatives can be seen in the growth being significantly fueled by the robust growth in the Enterprise segment and in ARPAC.

Beta and freshly launched PaaS services, as well as other similar services, have continued to exhibit positive user acceptance. The reported revenue includes a currency impact of €0.3 million that is positive and a forex impact of €0.2 million that is negative in relation to commercial actions made in response to the Strasbourg incident.

On a reported basis, the Web Cloud & Other segment for OVHcloud is constant, but on a like-for-like basis, it is down by (0.2) percent from the prior year. This achievement is a result of continued efforts to improve the phone and connectivity sub-segment offers and provide them a more competitive standing in their respective markets.

The Enterprise category for OVHcloud, which consists of partners and resellers, maintained the upward trend it had at the year’s beginning. On a reported basis, revenue includes a constant foreign exchange impact as well as an impact of €0.1 million from promotional actions in connection with the incident in Strasbourg.

The Enterprise client sector and the expansion of Public Cloud were the primary drivers of revenue growth for OVHcloud in France. The impact of the Strasbourg data center fire, to which France was more exposed than other regions, is also shown in the growth of revenue.

Revenue increased throughout Europe (apart from France) as a result of the strong overall performance, which was mostly fueled by Public Cloud. With the expansion of the digital channels and the Enterprise segment in this region, OVHcloud would continue to reap the benefits of the recent establishment of specialized regional sales teams.

OVHcloud is increasing its revenue growth target and now anticipates growth between 16 and 18 percent, compared to the range of 15 to 17 percent reported previously, based on the growth recorded over the first nine months, the commercial momentum over the first weeks of the fourth quarter, and despite a deteriorating macro-economic environment.

OVHcloud is still pursuing its other objectives, specifically:

OVHcloud restates its financial guidance for the medium term and seeks to accomplish the following by 2025:

University of Phoenix transitions from on-premise to Expedient Enterprise Cloud

BigQuery ML in a minute