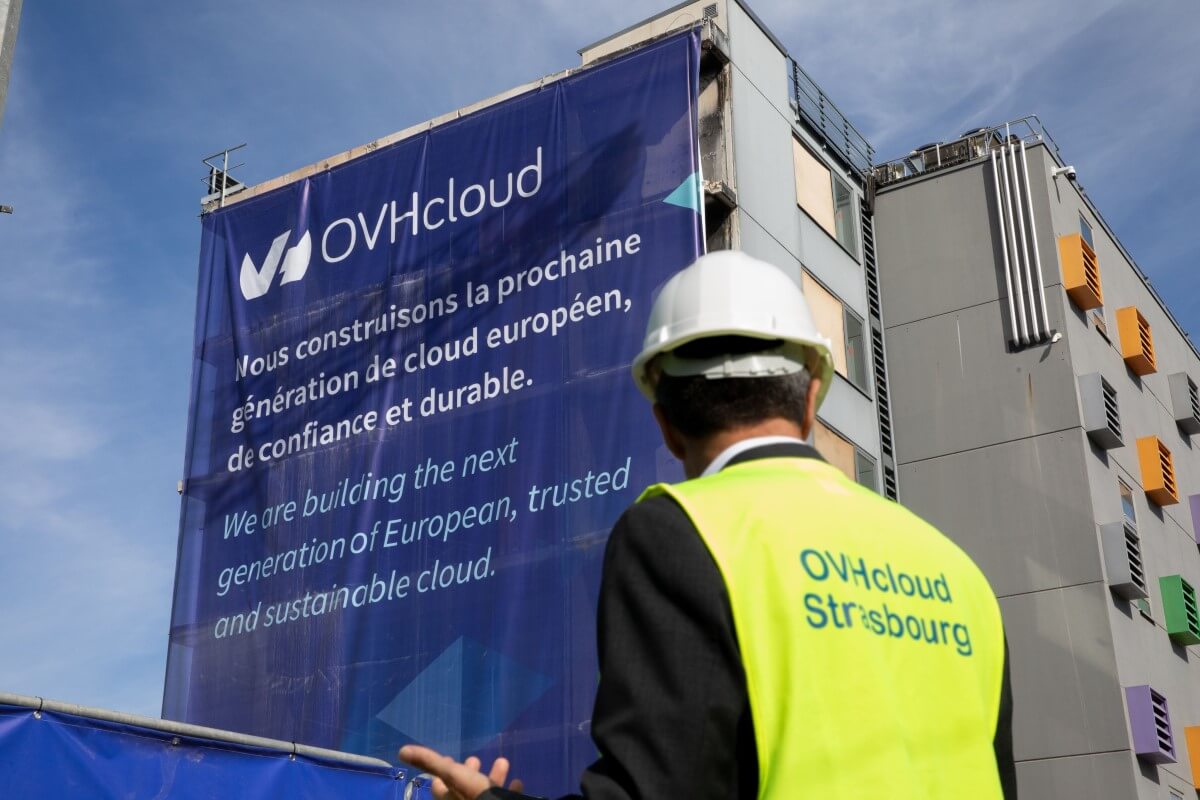 To prevent data loss in case of emergencies, OVhcloud has also put a focus on offering backup systems to its customers. In keeping with its pledges, OVHcloud will open a new data center for raw data backups (snapshots), which will be far from the sites where the service is operated. OVHcloud wants to expand this service to include its complete range of products and locations after initially deploying it for French clients.

Along with this remote storage option, OVHcloud would also offer a number of services to help with backup and disaster recovery, including Veeam Enterprise for protecting business data by backing up strategic workloads (VMWare, physical Windows/Linux servers, or NAS), and Zerto for backing up and restoring virtual machines as part of disaster recovery plans on Hosted Private Cloud infrastructures.

The official opening event of OVHcloud’s new SBG5 data center in Strasbourg was attended by the French Minister of Economy, Finance and Industrial and Digital Sovereignty, Bruno Le Maire, the Minister Delegate for the Digital Transition and Telecommunications Jean-Nol Barrot, as well as European Commissioner for Internal Market, Thierry Breton, next to representatives from local governments and the French cloud industry.

The new SBG5 site would benefit from the thrifty and efficient principles honed by OVHcloud over the course of more than 20 years, particularly its water cooling system for server components that would contribute to a water usage effectiveness (WUE) ratio below 0.2l/kWh, or the equivalent of a glass of water to cool down a server during a 10-hour period of use. While the average WUE for the cloud sector would now be 1,8 l/kWh, OVHcloud claims to stand out for its closed-circuit system, which would reduce fluid waste, as well as its use of dry coolers and lack of air conditioning in its server rooms.

According to projections for 2021, these technologies would allow OVHcloud to achieve a Power Use Effectiveness (PUE) index range from 1,1 to 1,2, which is a highly energy efficient figure. OVHcloud claims to be ahead of the industry’s promises to the European Commission by using a methodology that helps reduce the energy used by cooling systems and fans. This comprehensive set of environmental standards satisfies the highest industry standards and will set the stage for all subsequent installations from the Group.

Finally, in November 2022, OVHcloud will provide Cold Archive, a brand-new storage service that offers a highly robust solution at an affordable price. With the help of this service, enterprises would be able to keep so-called ‘cold data’ for an extended period of time with the highest level of security and reliability.

The new to launch storage service will be based on:

iomart and Multiplay – the power behind online gaming

Level up! Get Google Cloud Certified (Cloud Next '19)