Packet, a bare metal cloud for developers, has released an overview of its 2016 achievements, during which it expanded to four global data centers (from one); grew its registered user base five fold; and increased annual revenue by over 400%.

Packet increased its annual revenue by over 400% during 2016. The backstory for this growth is simple, according to Packet: The buyer of Internet infrastructure has changed over the past decade, moving from a traditional IT role to one defined by developers and automation. More and more, software is eating its way through the infrastructure stack, with tools like Docker (portability) and Kubernetes (orchestration) able to run workload on any infrastructure that can be delivered via code. The same trend is upending the Enterprise software business, with added pressure from CTO’s who want to move workload away from private corporate datacenters. 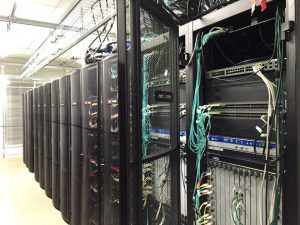 During 2016, Packet grew its customer base by over 450%, adding customers such as Ripple, Quay.io, Baremetrics, Cisco, Nuage, NS1, Hashicorp, Wildbit and Grafana. The company closed a $9.4 million in a Series A funding round led by SoftBank in August 2016.

Packet’s product innovations during 2016 include:

Packet is headquartered in New York City and maintains an advanced global IP network between its data center locations in New York Metro (Parsippany, NJ), Sunnyvale (CA), Amsterdam (NL) and Tokyo (JP). The company is a member of the Cloud Native Computing Foundation (CNCF) and supports many open source projects, including Memcached.org (which uses Packet to perform automatic performance and burn-in testing of new features) and Kernel.org.

Your Corporate Power Grid in 2016: A Sneak Preview