Pacnet, an Asia-Pacific provider of data connectivity solutions and colocation services, has announced the appointment of Michael Xu as CEO of its equity joint venture in China, Pacnet Business Solutions (PBS), with immediate effect. Based in Shenzhen, Mr. Xu will drive the company’s expansion plan in the China data center and networking market. 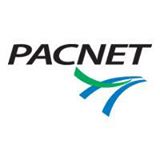 Michael Xu has more than 25 years’ experience in the IT and data center industry and was previously Senior Vice President at GDS Services Ltd responsible for sales, marketing, solutions and government relations. Prior to that, he worked with Dell for more than seven years where he was most recently the General Manager of China Medium Business. He also held several senior positions in global technology companies including Sun Microsystems, Oracle and Motorola.

According to DCD Intelligence, China’s colocation market is set to grow at a compound annual growth rate (CAGR) of 40 percent, reaching 380 percent of its current size by 2016. The rising demand is largely driven by the rapid development of cloud computing and big data as a result of the government’s Twelfth Five-Year Plan.

“PBS already has an extensive domestic footprint in telecom as well as Tier III data center infrastructure and operations in major China markets which we will continue to strengthen,” said Michael Xu. “At the same time, I look forward to ensuring that we continue to build the right strategy, products, services, skills and focus on innovation in PBS to capitalize on this opportunity and to cement our leadership position.”

Pacnet owns and operates one of the region’s most extensive high-capacity submarine cable systems with over 46,000 km of fiber and connectivity to interconnected data centers across 14 cities in the Asia-Pacific region, which would give Pacnet unparalleled reach to major business centers in key markets including China, India, Japan and the United States.

“Since we entered this dynamic market with our equity joint venture Pacnet Business Solutions in 2008, we have witnessed a dramatic demand for ICT and data center services from both local conglomerates and MNCs,” said Carl Grivner, CEO of Pacnet. “Today, we are the first and only foreign company licensed to provide IPVPN services and data center network services in China. Michael will play a pivotal role in transforming the company into an even stronger data center and network operator in China to capitalize on our momentum within the market and to exponentially grow our business.”

Along with this announcement, Pacnet has also appointed Henry Lam as Vice Chairman of the PBS Board of Directors. Mr. Lam has served as the CEO for PBS for the past six years. During this time he has helped build PBS from a startup to an enterprise-grade service provider and established solid foundations for the company in China. As Vice Chairman, he will now focus on deepening the company’s relationships with key government institutions and local telecommunications companies in China for strategic business development.

Hydrogen Racing Team Moves Its IT Infrastructure to Greenhouse Datacenters

What is AWS? – Amazon Web Services