Panda Security, a global provider of cloud-based IT security solutions and management & control tools, is expanding its operations in the United States with satellite offices in Boston and San Francisco. The new offices will push the company’s Adaptive Defense 360 in the North American market.

With the addition of its Endpoint Detection and Response (EDR) solution Adaptive Defense 360 last year, Panda Security – a company headquartered in Spain – has been pushing into the enterprise market and plans to expand its sales team within the United States. They have opened a satellite office in the Boston, MA area and the San Francisco, CA area to better service its new customers and continue growth within the channel market. 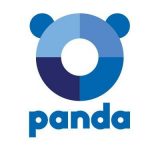 “Panda Adaptive Defense, our EDR platform, is a huge success in Europe making our company growth 30% yoy, much more than any other traditional security endpoint player in this market,” said Joao Caires, Managing Director for the U.S. and Canada at Panda Security. “For 2017, we want to leverage our new security model in the US and grow 40% by increasing our headcount with a new channel team and expanding our presence to Boston and California with new offices. We are convinced that 2017 will be the first of many successful years to come in North America, and for that we are implementing a 100% channel program to be present across all geographies.”

Panda Security specifically plans to expand its channel team, with the goal of acquiring new partners focused on next-generation technology offerings in 2017.

“Panda Security is taking a new approach and strong focus to the channel in 2017,” said David Singleton, Channel Sales Director for the US and Canada at Panda Security. “With Adaptive Defense introduced into the market, we will be working closely with security focused VARs and Integrators as well as MSPs and MSSPs throughout the US and Canada to bring our EDR to market.”

Panda has expanded its offering for partners, with a new Partner Program released in late 2016. “With larger re-seller discounts, MDF funds, training and certification, as well as a strong experienced Channel Team to support our partners, 2017 will be a banner year for Panda Security,” added Mr. Singleton.