Panzura, a company making the cloud seamless by solving the last mile of hybrid cloud, has announced that Panzura Cloud Controllers are now available on VMware vCloud Air. This would help customers transform vCloud Air Object Storage into a globally distributed file system and enable vCloud Air to appear like it is just another room of a corporate data center. 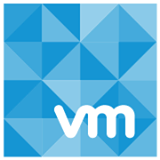 By co-locating the same consistent, locking file system in vCloud Air cloud as in the data center, companies would get the benefits of the cloud without the complex networking, data transfer, performance and authentication issues normally associated with hybrid cloud. Now applications that were developed for use within the corporate datacenter can run without a single change in vCloud Air. Panzura supports both object storage options in vCloud Air, EMC and Google Cloud Storage.

Panzura has undergone technical validation within the vCloud Air cloud environment, and is supported by Panzura for use with vCloud Air. In addition, Panzura is in the Elite tier of the vCloud Air ISV program and listed on the VMware Solution Exchange.

The Panzura Global File System collapses all tiers of legacy enterprise storage into vCloud Air Object Storage as well as removes the need for WAN Optimization and expensive MPLS networks between offices. Global file locking would enable applications built for a Local Area Network to work just as well over a Wide Area Network. In the case of Panzura customer Electronic Arts (EA) global deduplication would ensure that each unique block of data is only stored once across the entire enterprise.

“A key capability of vCloud Air is that it can function as an extension of your existing VMware vSphere datacenter and run all the same applications,” said Mathew Lodge, vice president, Cloud Services, VMware. “Panzura extends that to storage, where vCloud Air Object Storage service is just an extension of your datacenter shared file system. For that reason, we’re delighted to welcome Panzura to the vCloud Air ecosystem.”

cPanel Hosting Tutorial – How to Setup a Forwarder for Your...

Cisco SD-WAN: Unleash the power of the cloud

Am I allowed to resell my hosting space?