Peak 10, a North American provider of IT infrastructure and cloud hosting services, has announced the groundbreaking and construction of a new 60,000-square-foot data center facility in Tampa representing the company’s first facility designed and constructed completely from the ground up. 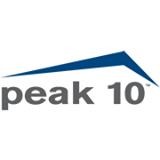 24 data centers across the U.S.

“After researching the area, we determined that a facility to meet our standards was not already built, and as part of our commitment to the Tampa Bay market and community, we decided to move forward on a custom build,” said Cheryl Kleiman, vice president for Peak 10, overseeing Tampa operations. “This third facility is special for us – it is the first time that we are building our own data center from the ground up.”

The new two-story facility is located outside of the area’s flood zone at a high elevation and will be constructed to withstand a Category 5 hurricane. Offering many unique security and performance features, the office windows will employ a high-impact glazing system to protect against 150-mph winds. It will boast six-point physical security and 25,000 square feet of potential expansion space.

Headquartered in Charlotte, N.C., Peak 10 operates 24 data centers in the U.S., including six in Florida, providing secured, tailored cloud hosting and IT infrastructure solutions to a diverse base of mid-market businesses.

What happens if I exceed my space or bandwidth quotas?