Computer Reseller News (CRN) has named Platform9 the coolest virtualization startup of 2014. Platform9, a company with a fundamentally new approach to creating and managing private clouds, is backed by Redpoint Ventures and headquartered in Sunnyvale, California.

In August, Platform9 emerged from stealth and unveiled its OpenStack-based SaaS platform that transforms an organization’s existing servers into an AWS-like agile, self-service private cloud within minutes. Since then, Platform9 has received a ‘Best of VMworld’ award from TechTarget and was named one of 10 virtualization products that are making data centers more efficient by CRN. 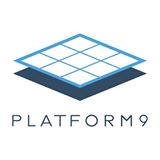 “We’re honored to be named the coolest virtualization startup of 2014,” said Sirish Raghuram, co-founder and CEO of Platform9. “Platform9’s mission is to transform the private cloud computing experience, and we’re thrilled with our early customer traction and market response.”

Founded in 2013 by a team of early VMware engineers, Platform9’s platform would significantly reduce the operational complexity for IT and cloud management.

“We founded Platform9 because as early engineers at VMware, we observed how customers were struggling to achieve AWS-like efficiency with increasingly archaic management software,” said Sirish Raghuram, co-founder and CEO of Platform9. “We believe that just like SaaS revolutionized the world of enterprise applications, it can do the same for enterprise data centers. You can think of us as the Salesforce.com of private cloud management. Our customers come to our web site, sign up and transform their existing infrastructure into a private cloud within minutes.”

“We Don’t Like to Take Any Risks When It Comes To...