PrestaShop, a provider of open source solutions for ecommerce, has established a $1 million Developer Integration Fund that will be dedicated to driving new module development. The fund is dedicated to promoting innovative module development by awarding developers with up-front funds to launch new, unique and localized addons. 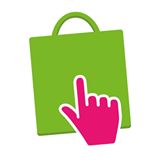 “When we started PrestaShop, there were 750 people in the community and today, we’re rapidly approaching one million people,” said Bruno Leveque, Founder of PrestaShop. “Within the community, we have tens of thousands of trained developers located all over the world. The integration fund will enable this enormous pool of talent to focus their time and development skills on technology gaps in the market. I know what these developers are capable of and I’m extremely confident that we will announce some incredible innovations coming out of this fund.”

In January, the company announced the release of PrestaShop Cloud, a free cloud platform that enables merchants from around the world to set up an online store in just a few clicks. Capitalizing on more than seven years of open source development, PrestaShop Cloud is a fully hosted version of the PrestaShop ecommerce platform and illustrates the company and the community’s commitment to driving innovation that will make ecommerce accessible for all.

“With the launch of PrestaShop Cloud, merchants in all geographies now have access to a powerful open source ecommerce solution,” said Charles Wells, Chief Product Officer of PrestaShop. “We believe the combination of PrestaShop Cloud plus all of the innovative modules and themes in the Addons Marketplace will open up the ecommerce market to a wave of new merchants who were unable to participate before.”

To learn more about the Developer Integration Fund or to apply for funding, please visit: addons.prestashop.com/integration-fund.

How to Install WordPress