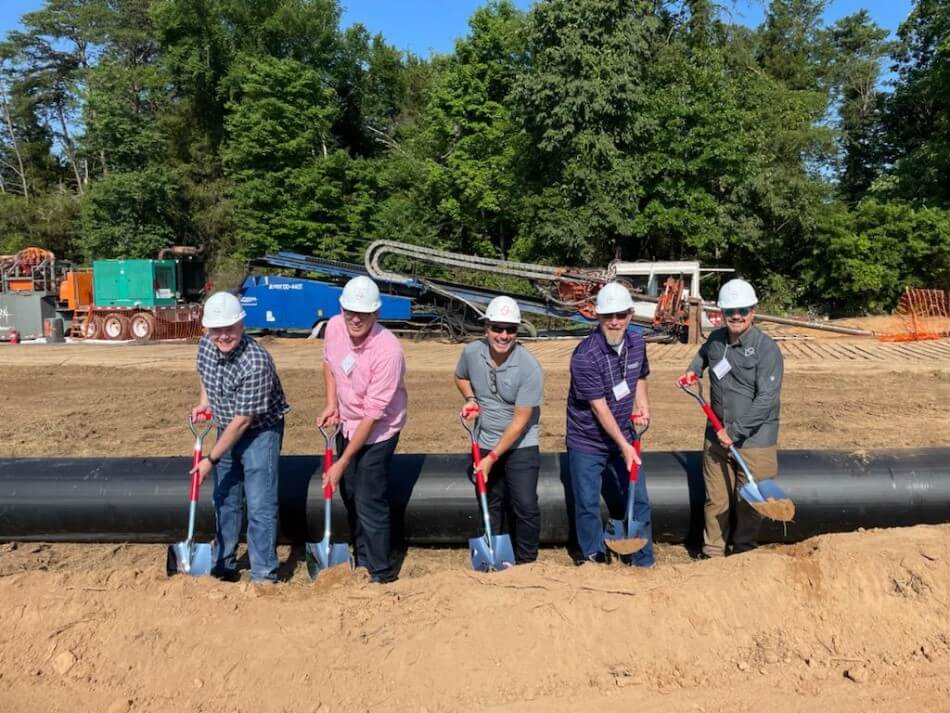 Quantum Loophole is an innovative developer of a Gigawatt-scale master planned data center communities. The network ring will enable sub 0.5 millisecond Round Trip Time connections for more than 200,000 fiber strands to the Ashburn environment (RTT).

All official approvals are in place for the two Potomac River crossings of the QLoop fiber optic ring. On its Maryland data center site, Quantum Loophole will build a network of conduits to link Quantum Frederick’s two planned network centers, where autonomous, robotic cross connections powered by Telescent are expected to be deployed.

When completed, QLoop will have more than thirty 2-inch HDPE tubes buried at a depth that goes above security requirements. When fully implemented, Telescent-enabled network centers will be able to process millions of cross connects from the QLoop to the on-campus conduits that deliver fiber to each data center site on the Quantum Frederick campus, reducing customers’ time-to-market and establishing a private metro system on the Quantum Frederick campus.

“We are building the largest medium haul fiber backbone that’s ever been created,” says Josh Snowhorn, Founder and CEO of Quantum Loophole. “And we are bolstering that with some pretty amazing cross-connect capabilities. Each property will have access to conduits and thousands of strands of fiber directly into the QLoop system to enable seamless, private and secure connectivity for all of our campus-wide customers.”

In addition, Quantum Loophole has appointed Sylvia Kang as Chief Real Estate Officer. She previously worked as Vice President of Site Selection and Acquisition for CyrusOne.

In her new role at Quantum Loophole, Sylvia Kang brings more than 15 years of expertise in data center site selection, energy and leasing contract negotiations, financial analytical modeling, and energy management. originating from Microsoft, Yahoo!, and CyrusOne! Sylvia’s consultative style and comprehension of the complexity associated with high-stakes decision making, when combined with prior experience from PriceWaterhouseCoopers and KPMG, would position her abilities effectively both within and externally with clients.

Most recently, Sylvia Kang oversaw the administration of real estate and energy at Quantum Loophole. She plays a key role in guiding Quantum Loophole’s innovative, ground-breaking gigawatt-scale master plan data center communities, which include environmental sustainability at its core.

“Throughout Sylvia’s career, she has led teams to drive tens of millions of dollars in data center development cost savings. She has negotiated a multitude of data center service agreements and was a key driver behind industry-leading legislative changes,” added Mr. Snowhorn. “At Quantum Loophole, Sylvia played an instrumental role in identifying the site that is now known as Quantum Frederick. It’s obvious that Sylvia is who we need leading the company’s site selection efforts for our company, and the industry.”

What is Active Assist?