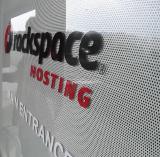 For the second quarter of 2014, Rackspace Hosting is forecasting quarter-over-quarter sequential net revenue growth of 3% to 4.5%, resulting in net revenue in the range of $434 million to $440 million.

“Our first quarter revenue growth came in as expected and we expect growth to improve in the second quarter,” said Graham Weston, Chairman and CEO. “We are encouraged by qualitative factors, including the thousands of new customers we added in the quarter, including one of the largest we’ve ever landed. We also added significant new workloads for existing customers including Alex and Ani, Appboy, Clarks shoes, Under Armour and SunPower. Each of these customers values our managed cloud approach and chose us over providers of less expensive unmanaged infrastructure.”