By adding Codenvy to its existing portfolio of developer tools and application platforms, including Red Hat JBoss Middleware and Red Hat OpenShift, Red Hat continues its efforts to provide solutions that enable developers to create applications for hybrid cloud environments.

Historically, software engineers have spent more time each week on administration and other tasks, including environment management, than actual coding. And often, developers can find themselves working on multiple projects concurrently, but in different programming languages. 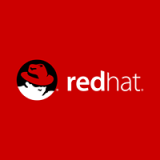 As more IT organizations move to continuous delivery with DevOps and containers to speed the delivery of modern, cloud-native applications, new tools like Codenvy may enable development teams to build complex applications faster with fewer inconsistencies across environments.

Codenvy, founded in 2013, combines runtimes, projects and an IDE into a cloud-native developer tool that allows multiple developers to collaborate in the same workspace. Codenvy’s portable universal workspaces and cloud IDE address the configuration and sharing challenges created by localhost developer workspaces to allow contributions to a project without having to install software.

Codenvy is one of the first enterprise offerings based on Eclipse Che – an open source cloud integrated development environment (IDE) and developer workspace server. Now, with Codenvy as part of its Developer portfolio, Red Hat plans to make Eclipse Che and the Codenvy enhancements central to its tooling strategy and extend and integrate the workspace management technology across tools and platforms.