Ansible’s automation capabilities, together with Red Hat’s existing management portfolio, would help users drive down the cost and complexity of deploying and managing both cloud-native and traditional applications across hybrid cloud environments. 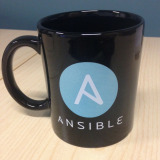 Ansible’s “simple” and agentless approach does not require any special coding skills, removing some of the most significant barriers to automation across IT. From deployment and configuration to rolling upgrades, by adding Ansible to its hybrid management portfolio, Red Hat would help customers to:

The upstream Ansible project is one of the most popular open source automation projects on GitHub with an active and highly engaged community, encompassing nearly 1,200 contributors. Ansible automation is being used by a growing number of Fortune 100 companies, powering large and complex private cloud environments, and the company has received several notable accolades, including a 2015 InfoWorld Bossie Award, recognizing the best open source datacenter and cloud software.

“Ansible is a clear leader in IT automation and DevOps, and helps Red Hat take a significant step forward in our goal of creating frictionless IT,” said Joe Fitzgerald, vice president, Management, Red Hat. “Red Hat is transforming IT management, driving innovation that is 100% open source, built on an open management platform, and relentlessly focused on reducing cost and complexity through ease of use and automation.”

With the addition of Ansible, Red Hat’s open hybrid cloud and IT management solutions will include:

“We’re thrilled that Red Hat, a global leader in open source, has chosen Ansible to tackle the future of IT automation and systems management,” said Saïd Ziouani, co-founder and CEO, Ansible. “This is a strong validation that Ansible‘s simplicity, enterprise customer base and robust community is winning in enterprise IT automation, from compute to networking to cloud to containers.”

The transaction is expected to close in October 2015, subject to customary closing conditions.