RingCentral (NYSE:RNG), a provider of enterprise cloud communications and collaboration solutions, has announced the ability for customers to purchase its hosting VoIP solution, RingCentral Office across 13 European countries. 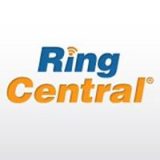 The company’s delivery infrastructure includes 17 data centers worldwide and direct peering with more than 45 carriers and 200 ISPs around the world.

“The rollout of RingCentral Office in Europe is a major milestone in our global expansion plans,” said David Sipes, chief operating officer (COO) of RingCentral. “We’ve seen enormous traction with our Global Office™ product, which serves US-, Canada-, and UK-based enterprises with employees in various countries. With enterprises in Europe migrating to the cloud, we are excited to offer them in-country, fully localized communications solutions.”

Along with the localized product and support expansion, RingCentral also plans to open additional sales offices based in Europe, to complement existing sales locations in the US, UK, Canada, and Singapore. RingCentral is also committed to a major expansion of its channel partnerships across Europe and has already signed up a number of master agents such as AVANT, Intelisys Global, Ingram Micro, ScanSource, key partners such as CDW, as well as Google Premier partners Devoteam, Cloud Technology Solutions, Netpremacy, and NRX, among others.

Expert Blog: Keeping Up With Compliance

SRE vs Devops with Liz Fong-Jones and Seth Vargo: GCPPodcast 127