CRM company Salesforce has announced Dreamforce 2015, its 13th annual Dreamforce event which is expected to attract more than 150,000 people to register to attend and more than 10 million to join online. At Dreamforce this year, that will take place September 15-18, 2015, Microsoft CEO Satya Nadella and Uber CEO Travis Kalanick will be keynote speakers and share their insights on the future of the technology industry.

“At Dreamforce this year, we’ll show you how we can help make your customers love you,” said Marc Benioff, chairman and CEO of Salesforce. “We’ll also hold the largest book drive in history, focus on women’s leadership, host an amazing benefit concert to raise money for children’s health and more. Get ready for a new kind of customer success and don’t forget to bring a book.” 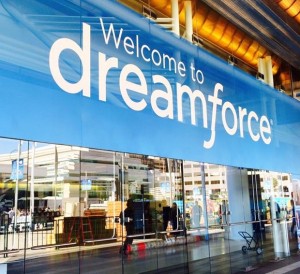 Dreamforce attendees are encouraged to bring a book and participate in the world’s largest book drive – collecting more than 1,000,000 books for students K-12 in the Bay Area and beyond. For attendees or other community members that would like to donate online, they can go to donate.dfgives.org to get involved.

Other Dreamforce 2015 event highlights include:

Does Agile make for a better work environment? – UKFast Round...