A new white paper from Schneider Electric, global specialist in energy management and automation, explains how to specify the physical infrastructure for an IT Pod. Entitled “Specifying Data Center IT Pod Architectures,” white paper No 260, describes the optimum configurations based on available power feeds, physical space and average rack power densities that should be considered when designing an IT Pod.

IT Pods would present a number of advantages. Apart from the convenience for hyperscale data centers being able to expand using larger increments, a Pod can be used as a logical grouping of business applications and can be assigned in entirety to a single significant client or line of business. Pods can also be used to vary the technologies available in a large data center, for example housing Open Compute Project (OCP) racks in one Pod and traditional server racks in another. 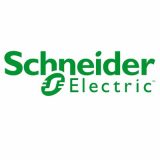 Electrical redundancy can be varied Pod by Pod so that critical high-availability applications requiring dual power feeds can be kept separate from less critical ones, thereby maximizing investment where it is needed and reducing cost where it is not.

The three main drivers determining Pod architecture are the choice of electrical feed, the physical space available, i.e. the number of racks, for a Pod and the average rack density required. Standardizing Pod designs and limiting the number of configurations can make Pod level deployments quicker and easier, according to Schneider Electric’s white paper.

Organizing IT racks into Pods would make it easer to vary power and cooling redundancies and architectures based on specific business needs.

The White Paper suggests guidelines for the power requirements of a Pod, recommending that each should be treated as either a low-power assembly running at 150kW or a high-power version capable of 250kW. Grouping racks together into Pods, each having a dedicated electrical feed, helps avoid the problem of complex power distribution that often emerges in a data center when some racks have to ‘borrow’ breaker space from Power Distribution Units (PDUs) that are not physically close.

To make the best use of physical space, the longest practical Pod for the room, balancing power and rack density, should be designed. But as always there are challenges pertaining to each individual IT room which must be considered, such as room shape, building columns, ducting, et cetera. Schneider Electric’s white paper suggests best practice guidelines to follow in every case.

Cyxtera Expands Its Bare Metal Service to Denver and Toronto