ScyllaDB has secured $16 million in Series B funding led by Western Digital Capital, Samsung Ventures, Magma Ventures, and Qualcomm Ventures, with participation from Bessemer Venture Partners. The funding round will be used to accelerate sales and marketing and to expand both open source and enterprise product features of ScyllaDB’s drop-in replacement for Apache Cassandra.

“ScyllaDB redefined Apache Cassandra,” said Dor Laor, founder and CEO of ScyllaDB. “We invite the Apache Cassandra community to join us in our mission to be the number one NoSQL database in performance and availability.” 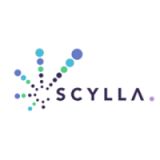 “Every once in a while there is a team that decides to tackle an intractable technology problem from a completely new angle,” said Adam Fisher, partner at Bessemer Ventures. “ScyllaDB didn’t take any shortcuts in developing an uncompromising NoSQL database that will upend the high-performance database market and we are proud to be investors.”

Launched in 2015, open source ScyllaDB has quickly gained traction within the Apache Cassandra community. The ScyllaDB team consists of the technologists behind Qumranet, the company that developed the KVM hypervisor (acquired by Red Hat in 2008) and open source specialists from 13 countries.

Several major companies have deployed ScyllaDB in production, including: