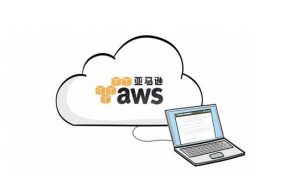 The AWS China (Ningxia) Region, operated by NWCD, offers two Cloud Availability Zones at launch. AWS Regions are comprised of Availability Zones, which refer to technology infrastructure in separate and distinct geographic locations with enough distance to significantly reduce the risk of a single event impacting availability, yet near enough for business continuity applications that require rapid failover.

Each Availability Zone has independent power, cooling, and physical security, and is connected to national backbone networks via local telecom carriers’ “high-speed” fiber optic networks. AWS Cloud customers focused on high availability can architect their applications to run in multiple Availability Zones or across both AWS China Regions to achieve higher fault-tolerance.

AWS has formed a strategic technology collaboration with NWCD while NWCD operates and provides services from the AWS China (Ningxia) Region in full compliance with Chinese regulations. Founded in 2015, NWCD is a licensed data center and cloud services provider, based in Ningxia, China.

Through these business relationships, AWS provides its technology, guidance, and expertise to NWCD and Sinnet, while NWCD and Sinnet operate and provide AWS Cloud services to local customers. While the cloud services offered in both AWS China Regions are “the same” as those available in other AWS Regions, the AWS China Regions are isolated from all other AWS Regions and operated by AWS’s Chinese partners separately from all other AWS Cloud Regions. Customers using the AWS China Regions enter into customer agreements with Sinnet in Beijing and NWCD in Ningxia, rather than with AWS.

“Together with our partner NWCD, and with deep appreciation of the support we’ve received from the Zhongwei municipal government and Ningxia government, we’re excited to announce the launch of the AWS China (Ningxia) Region, operated by NWCD. The second AWS Region in China is part of AWS’s ongoing commitment to offer best-in-class cloud technologies to Chinese customers,” said Andy Jassy, CEO of AWS. “For years, AWS and our partners have had an enthusiastic base of customers in China, a country with one of the world’s largest and most dynamic cloud ecosystems. Our customers build their businesses on AWS because in addition to being the world’s largest cloud, it has more functionality than any other cloud platform, an extensive partner community, and unmatched maturity, security, and performance. We’re taking this step jointly with the Ningxia government and our operating partner, NWCD, both of whom worked tirelessly with us to achieve this milestone. Coupled with the AWS China (Beijing) Region, operated by Sinnet, the second AWS China Region will serve as the foundation for new cloud initiatives in China, especially in Western China, helping to transform businesses, increase innovation, and enhance the regional economy.”

“I have been promoting and incubating cloud computing and technology startups for the last five years, and have worked with various Chinese local governments to create a cloud computing incubation center called Cloud Valley,” said Edward Tian, founder of NWCD. “Today, we are honored to announce operationally availability of the AWS China (Ningxia) Region, operated by NWCD. We expect it to play a significant role in the ongoing development of China’s western region. It will be an important part of Cloud Valley in China. As one of AWS’s strategic partners when it first entered China, we are delighted to witness this moment as an important step in furthering our collaboration. The AWS China (Ningxia) Region, operated by NWCD, ensures the delivery of AWS’s leading cloud services, along with flexible and effective local support. As an important part of the cloud computing ecosystem, the combination of cloud technology and Western China’s rich resources will enhance the local economy of the region, foster the development of the manufacturing and industrial sector, and promote the prosperity and development of China’s cloud ecosystem.”

Migrate your applications and data to the cloud