Server Mania, a provider of dedicated servers and cloud hosting for small businesses, has upgraded its DDoS protection suite. This decision, explained Server Mania’s CEO Kevin Blanchard, was made in light of the global rise in DDoS attacks seen in 2014.

The hosting provider has added four enterprise-grade RioRey DDoS mitigation appliances to its Buffalo, NY data center, connecting them at the edge of the network to maximize their effectiveness. These devices would protect Server Mania’s network at every layer, and mitigate every known type of attack currently in circulation. 1 Gbps protection is being offered free, and options to protect up to 100 Gbps are available. 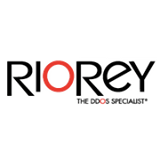 “As the technology to execute them becomes more widespread and widely available, DDoS attacks are becoming increasingly common,” said Kevin Blanchard. The Verisign Q3 2014 DDoS Trends Report reported a 20% increase in attacks over 10Gbps, and one attack as high as 90Gbps.

“Given that these attacks are very often used as a cover for something more insidious – such as theft or fraud – we feel it’s extremely important that hosts do everything they can to protect their clients,” added Blanchard. “By partnering with RioRey, we feel that we’ve been able to do just that. They’re an established leader in enterprise-grade DDoS mitigation, and their protective appliances are some of the best on the market.”

dinManage – Enabling IT as a Service

BitTitan and Onyx on Azure’s Variety