Shopify‘s commerce platform was designed and built for businesses of all sizes. Since its founding in 2004, the company has processed more than $10 billion in sales across 150 countries. 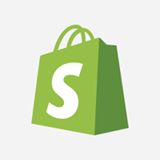 As a provider of commerce solutions and hosting services to retailers, it is critical that Shopify has the best infrastructure in place to ensure reliability for its merchants. Due to increasing requirements for bandwidth and reliability, Shopify had very strict data center colocation selection criteria: uninterrupted service during times of transition, customer service-focused operations, and infrastructure scalability.

“When we decided to expand into an additional data center location, high density power, cooling, connectivity, and price were our main requirements,” said Dale Neufeld, Director of Technical Operations, Shopify. “We chose RagingWire because of their highly available and cost effective power, unlimited onsite remote hands and eyes, and innovative cooling technologies.” 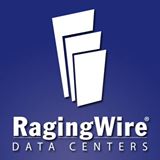 RagingWire Data Centers currently has over 80MW of critical IT load spread across nearly 1 million square feet of data center infrastructure in Northern California and Ashburn, Virginia, with significant growth plans in both locations, Texas, and other top North American data center markets.

“RagingWire’s data centers are designed to deliver 100% availability for Shopify’s mission-critical commerce applications,” said Doug Adams, Senior Vice President and Chief Revenue Officer at RagingWire. “Our patented 2N+2 architecture allows our customers to move and scale critical power for their IT systems in a way that doesn’t compromise availability or density. By utilizing our 24 x7 Unlimited Remote Hands and Eyes services, RagingWire will help Shopify improve IT efficiencies and overall system availability.”

How to create calendar entries in Horde