SingleHop, a provider of on-demand hosted private clouds and managed hosting, has launched its newest and largest data center facility in Franklin Park in Illinois, Chicago. SingleHop custom-built a network from the ground up and a data center to meet the growing demand for SingleHop’s most popular infrastructure product category: hosted private cloud solutions.

Demand for SingleHop’s private cloud offering has grown steadily since last year, making it the company’s fastest growing product segment. Enterprises deploy hosted private clouds as an alternative to on-premise private clouds, colocation and even large-scale deployments within public mega-clouds because they would offer a faster time to market, a superior blend of features and better economics than traditional infrastructure options. 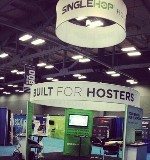 Hosted private clouds are especially preferable for a wide range of enterprise workloads from ERP systems to large-scale HIPAA and PCI compliant environments, according to SingleHop. The company recognized that a larger, more sophisticated data center and network design was required to meet the specific needs of hosted private cloud deployments.

A $30 million, 10-year investment, SingleHop’s new Chicago-area data center is located in a new, carrier-neutral Digital Reality Trust campus. The data center is the company’s largest and most sophisticated. Some of the core features of the new data center include:

“Enterprises are adopting our hosted private cloud service at a rapid rate because it offers the same level of agility and control as a public cloud services do, but with fixed economics and the white glove service that enterprises have come to expect from SingleHop,” said Zak Boca, Chief Executive Officer of SingleHop. “We’re committed to meeting this demand at every level, which is why we have invested tens of millions of dollars and extensive planning into this new facility.”

Getting started with BeyondCorp: A deeper look into IAP

How to create a sub domain | 123-reg Support