After selling his company SoftLayer to IBM in 2013 for about $2 billion, Lance Crosby has set up StackPath – a company enabling developers at organizations of any size to build protection and performance into any cloud-based solution. In the last 18 months, StackPath has increased its customer count from 50,000 to more than one million and its annual revenue run rate from $16 million to almost $200 million.

StackPath came out of “stealth” in July 2016 having made four acquisitions for a combined 50,000 customers and $16 million in revenue. StackPath merged technologies from the acquired companies into a single platform and launched its initial product offering, SecureCDN, a content delivery network (CDN) with a built-in Web Application Firewall (WAF) and DDoS protection included at no additional charge. In February 2017, StackPath acquired Highwinds, a leading provider of CDN, VPN and related services, creating a massive combined global footprint and expanding its total customer base. 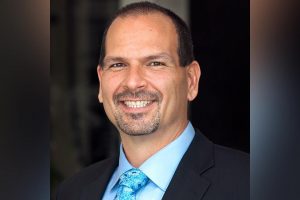 “Our growth over the last year and a half has outpaced our goals and expectations, and accelerates how quickly we will be able to drive the evolution of cloud, specifically at its edge,” said Lance Crosby, StackPath co-founder and CEO. “Our mission is to make the Internet safe for businesses and their users. That’s an enormous undertaking and requires equally large scale and reach.”

Since the acquisition of CDN company Highwinds, StackPath has continued expanding the existing platforms’ customer bases while carefully planning and executing the integration of technologies into “an ideal, highly-scalable, secured edge services platform.” This work included standing up “a revolutionary, frictionless, cloud-scale infrastructure network that will give the platform the foundation and power it needs to grow, scale, and adapt.”

StackPath milestones according to the company have included:

StackPath also made a series of strategic changes to the existing platforms to make them more modular, to move services to the technologies on which they will ultimately need to run, and to pave the way for a “seamless” consolidation of platforms and products with “near-zero disruption” to existing customers.

“We’re committed to not just maintaining but increasing the velocity we’ve achieved,” added Mr. Crosby. “With the integration work we’ve completed and the announcements we will make throughout 2018, I have no doubt we’ll reach our second million customer mark even faster than the first.”

Headquartered in Dallas, Texas, StackPath has its offices located across the U.S. and around the world.

Integrated Data Protection and Migration Released for Kubernetes on Azure