StackIQ, developer of a purpose-built, complete bare metal server automation platform for clustered, scale-out IT infrastructure, has announced plans for their first user conference, StackiFest. It’s an event where developers, users, and interested individuals would be gathering to discuss implementation, overcome obstacles, and showcase use of Stacki in the enterprise.

Companies large and small are trying to use automation and DevOps to increase the productivity of operations staff. StackiFest would help with the bottom and often least considered layer of this process by highlighting Stacki’s efficient and expandable server provisioning process. 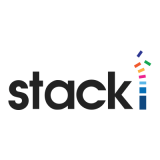 Visitors can learn from those who have successfully rolled out hundreds or thousands of servers with the Stacki platfor. People will also be enabled to get to know others utilizing Stacki to achieve their automation and DevOps goals, discuss strategies and best practices in an intimate setting attended by developer, power users, and new users that are trying to grow their automation expertise.

Presenters at StackiFest will include many of the core developers of the Stacki project plus stories from PayPal and Salesforce talking about their experiences implementing server automation with the Stacki toolset. The morning will have informational sessions packed with tips and tricks to get Stacki running within an organizational environment and maximize its usefulness.

The afternoon sessions will include workshops showing hands-on how to use and extend Stacki in a complex data center environment. The day will then end with an overview of the direction the contributors plan to take Stacki, and what features/functionality users can expect to see being worked on in the near future.

“We’ve been looking forward to the opportunity to get together with users of all experience levels and discuss the power of the Stacki platform for a while now,” said Tim McIntire, CEO of StackIQ, “the platform is really transformative in terms of data center automation, and we look forward to hearing what people are doing, or plan to do with the tool. Getting people together to network and learn has been a goal of ours that we’re glad to see come to fruition.”