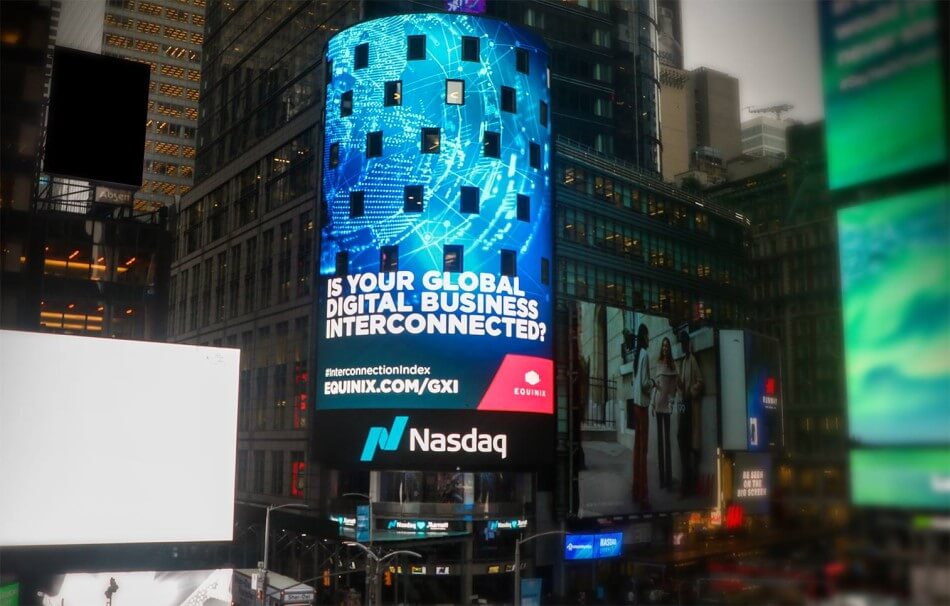 Businesses seem to be confident in their plans for further worldwide expansion despite worries about a probable impending recession and remarks made at the World Economic Forum in Davos regarding the end of globalization. 72% of the 2,900 IT decisionmakers surveyed internationally for the Equinix 2022 Global Tech Trends Survey said their company intends to grow over the next 12 months, either into a new city (31%) or country (33%) or into a completely new region (38%).

Following the lessons learnt from the epidemic, businesses all over the world are preparing significant investments in digital technologies to support ambitious expansion ambitions, according to data center operator Equinix’s latest global survey among IT decisionmakers.

IT executives in the APAC region were very optimistic about international growth: 82 percent indicated their company had plans to enter new markets, just slightly more than in the Americas at 78 percent. With 59 percent aiming to grow into a new region in the coming year, tech decision-makers in EMEA may have been less ambitious due to increased caution regarding economic issues.

Businesses identified a variety of potentially restricting elements that could slow down global expansion, with supply chain issues being of particular concern. 58 percent of respondents named the worldwide microprocessor shortage as a threat to their firm, while 59 percent claimed that problems with the global supply chain and shortages were a problem for their company.

More virtualization appears to be necessary as a result of these ongoing supply chain issues, and expansion objectives are supported by a sizable planned investment in digital infrastructure. Over a quarter (26%) of respondents who indicated they planned to use a bare metal solution claimed they would use virtual deployment over the cloud to support aspirations for worldwide expansion. To support the anticipated rise in digital deployments, 47% of respondents worldwide said they expect to spend more on carrier-neutral colocation solutions. Even more respondents (59%) said they intend to spend more on interconnection services as they advance their digital transformation and increase resilience.

The pandemic’s effects on business digital strategy are being felt strongly today. The COVID-19 dilemma, according to 52% of worldwide IT leaders, has accelerated the digital transformation of their organizations. Indeed, more than half (54 percent) say their IT spending has gone up as a direct result of legacy issues, which sheds light on the almost universally understood need for a solid digital foundation that can quickly adapt to changing business requirements. In addition, the majority of responders (61 percent) think the technological advancements and investments made during the pandemic will endure.

“In recent years, bold global expansion could have been seen as too risky or too dependent on capital investment in physical infrastructure. Now, things have changed,” said Karl Strohmeyer, Chief Customer Officer at Equinix. “The pandemic has accelerated growth and innovation, with more than half of our respondents saying COVID-19 advanced their company’s digital evolution. There are huge opportunities for businesses to successfully expand into new markets and reach new customers. Using new digital models, companies can deploy in new markets at relatively low cost and without sacrificing resiliency. The survey reveals digital leaders believe they can facilitate ambitious business expansion across economic cycles – and having a robust digital infrastructure and access to a rapidly improving pool of advanced technologies is a source of that confidence.”

However, there are still significant concerns around cybersecurity. It is crucial for corporate operations that growth is supported by robust digital models, especially in light of recent global threats and rising volatility. 85 percent of respondents said they acknowledged that strengthening cybersecurity is a top priority for their digital-first initiatives. 84 percent of respondents emphasized the importance of adhering to local market data requirements, while 83 percent emphasized the need to future-proof their companies. The most dreaded threats, according to IT professionals, were data leaks, security breaches, and cyberattacks (all 70%).

“Even as enterprises seek to navigate the waves of disruptions associated with inflation, supply chain disruptions, and unmet skills needs that arose in the first half of 2022, IDC consistently hears from IT leaders that timely and expansive access to innovative technology, interconnectivity, and intelligent SaaS resources is critical,” said Rick Villars, Group Vice President for Worldwide Research at IDC. “Companies like Equinix, that can speed access to needed facilities and connectivity options while also enabling more effective use of hybrid and multicloud services, will play a vital role in helping IT teams make sustainable technology investment decisions and take full advantage of SaaS and digital infrastructure.”

Other findings of Equinix’s global survey include:

About the Global Survey

Survey respondents were selected for participation from Dynata’s online panel. Online polling was done between March 1 and March 29, 2022.