SUPERNAP International has announced the opening of “the largest, most advanced colocation data center in Southern Europe.” The SUPERNAP data center will be located in Milan, Italy. The ITALIA data center in Milan will include 42,000 square meters of data center space with four data halls; 40 mega volt amps of power distributed through two 132 kilovolt transmission paths; and up to 40 kilowatts of power per cabinet.

With 500 cabinets and more than 3.3 megawatts of power already sold, SUPERNAP International claims to be delivering on its promise of bringing state-of-the-art multi-tenant/colocation data centers to Europe from the United States. 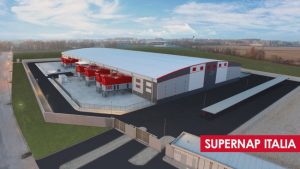 Founded in 2000, SUPERNAP International is headquartered in Las Vegas, Nevada, United States. The company’s data centers are designed and built to the specifications of the Tier IV Gold-rated Switch LAS VEGAS multi-tenant/colocation data centers. These facilities are based on more than 260 patent and patent-pending claims developed by Switch Founder and CEO Rob Roy that revolutionized the data center industry.

“The lightning fast growth of the data that is running our planet has driven the demand from our clients who are global, industry-leading companies to be operating inside the most advanced, innovative and sustainable data center environment,” said Luca Beltramino, Managing Director of SUPERNAP ITALIA, a data center industry veteran who recently joined to lead the Italian operation. “They want their worldwide technology operations in the SUPERNAP International data centers.”

Building a Serverless Architecture on AWS

How to Install Apache on CentOS 7