New data from Synergy Research Group shows that across six key cloud services and infrastructure market segments, operator and vendor revenues for the four quarters ending September reached $110 billion, having grown by 28% on an annualized basis.

Public IaaS/PaaS services had the highest growth rate at 51%, followed by private & hybrid cloud infrastructure services at 45%, but all of the segments grew by at least 16%.

Spend on infrastructure hardware and software still outpaces spend on cloud services, according to Synergy Research’s market study, but the gap would be narrowing rapidly. Companies that featured the most prominently among the market segment leaders are Cisco, HPE, Amazon/AWS, Microsoft, IBM and Salesforce. 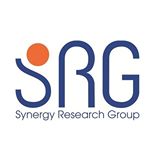 “In many ways 2015 was the year when cloud became mainstream. Across a wide range of cloud applications and services we have seen that usage has now passed well beyond the early adopter phase and barriers to adoption continue to diminish,” said Synergy Research Group’s founder and Chief Analyst Jeremy Duke.

Over the period Q4 2014 to Q3 2015 total spend on infrastructure hardware and software to build cloud services exceeded $60 billion, with spend on private clouds accounting for over half of the total but spend on public cloud growing much more rapidly.

Investments in infrastructure by cloud service providers helped them to generate $20 billion in revenues from cloud infrastructure services (IaaS, PaaS, private & hybrid services) and a further $27 billion from SaaS, in addition to supporting Internet services such as search, social networking, email and e-commerce. UCaaS, while in many ways a different type of market, is also growing steadily and driving some radical changes in business communications.

“Cloud technologies are now generating massive revenues and high growth rates that will continue long into the future, making this an exciting time for IT vendors and service providers that focus on cloud,” added Synergy Research Group Chief Analyst John Dinsdale.

Updating your payment card through the Fasthosts control panel