New Q4 data from Synergy Research Group shows that really strong sequential growth at Amazon Web Services (AWS) propelled it to a five-year high in its share of the cloud hosting infrastructure service market. 25% revenue growth from Q3 enabled AWS to grab a 30% worldwide market share in the final quarter of the year.

Microsoft again achieved the highest year-on-year revenue growth, followed by Google, as all three cloud hosting infrastructure operators outperformed the total market growth and gained market share. IBM growth was broadly in line with the market so its overall market share held steady, while it continued to lead in the private & hybrid cloud service segment. For full-year 2014, AWS share of the worldwide market was 28%, followed by Microsoft (10%), IBM (7%), Google (5%), Salesforce (4%) and Rackspace (3%).

With most of the major operators having now released their earnings data for Q4, Synergy Research estimates that quarterly cloud hosting infrastructure service revenues (including IaaS, PaaS and private & hybrid cloud) are now approaching the $5 billion milestone, with trailing twelve-month revenues exceeding $16 billion. Total 2014 revenues grew by 48% from the previous year. 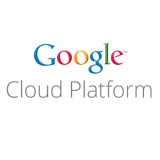 “Many actual or perceived barriers to cloud adoption have now been removed and the worldwide market is on a strong growth trajectory,” said John Dinsdale, a Chief Analyst and Research Director at Synergy Research Group. “The momentum that has been built up at AWS and Microsoft is particularly impressive. They have an ever-broadening portfolio of cloud services and they are also benefitting from a slowdown in the super-aggressive price competition that was a feature of the first half of 2014.” 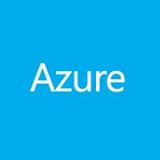 Arvixe Hosting Tutorial – How to Connect Your Elgg Network With...