Tegile Systems, a provider of flash-driven storage arrays for databases, virtualized server and virtual desktop environments, expects a number of advancements in 2015 impacting the storage market, including flash performance and capacity, costs and the sales outlook. 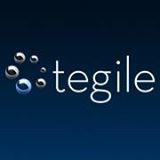 “I have been in the data storage business since 1984, and I have never seen such dramatic change in such a short amount of time as we have this year,” said Rob Commins, vice president of marketing at Tegile Systems. “The tectonic shifts being driven by virtualization and solid state media are amazing.”

Experts at Tegile offered the following predictions for 2015:

Utility-based purchases empower customers – With storage administrators facing the challenge of squeezing more and more life out of their arrays and finding a way to justify additional storage expenditures to their boss, capacity utilization-based models will grow more popular. Utility pricing would help users eliminate the risk of under- or over-sizing their storage infrastructures.

Setting the DNS records of a domain using Plesk 12

How to: Searching for a Flow template