Telstra, a large telecommunications and cloud hosting provider headquartered in Australia, has emerged tops with 3 awards at the 2015 Frost & Sullivan Asia Pacific ICT Awards held at 5 star hotel, The Westin Singapore. Telstra‘s focus on developing a multi-cloud platform and orchestration capability is central to its success in the region, according to Frost & Sullivan. 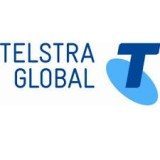 “Telstra’s ability to support Hybrid IT was further enhanced through a series of partnerships with market leaders such as Cisco, VMware and IBM that supplement its existing services portfolio,” said Mayank Kapoor, Research Manager, ICT – Data Centre & Cloud Computing, Asia Pacific at Frost & Sullivan. “The company’s continuing focus on delivering mature and flexible cloud and network services at scale across the Asia-Pacific region position it as a ‘Champion’ in the Asia-Pacific telco cloud services market.”

“To enhance its network capability offering, Telstra acquired Bridgepoint, O2 and Pacnet in 2014,” said Sandeep Bazaz, Industry Analyst, ICT, Asia Pacific at Frost & Sullivan. “The Pacnet acquisition was especially noteworthy. While it provided Telstra with access to a large undersea cable capacity and a network of data centers in the region, it also allows them access to an industry leading SDN-enabled network – Pacnet Enabled Network.”