Tencent Holdings, one of China’s largest tech companies with Tencent Cloud being its cloud division, uses OpenStack to serve more than 100 million users and has run OpenStack in production for four years. Now the company has been elected as Gold Member of the OpenStack Foundation.

The OpenStack Foundation Board evaluates new potential members based on their strategic commitment to OpenStack and contributions to the OpenStack community, as well as diversity of company size, location and industry.

Since 2013, Tencent has used OpenStack as the foundation of its TStack private cloud platform. Tencent developed TStack to provide services for internal IT and testing environments for the company’s “popular” services such as QQ, WeChat and Game. Today, TStack is also the cloud computing platform Tencent uses to achieve its “Internet plus” strategy of providing complete hybrid cloud services for government and enterprises in China.

Currently, TStack is deployed on more than 6,000 nodes in 14 clusters across seven data centers in multiple provinces in China, supporting the Sichuan, Guangdong, Xiamen and Yunnan government clouds. TStack has been running in production for four years with availability over 99.99 percent and today serves more than 100 million users.

”Tencent is committed to the cloud computing market”, and OpenStack is an integral component of our strategy to build a complete hybrid cloud service ecosystem for the global market,” said Bowyer Liu, 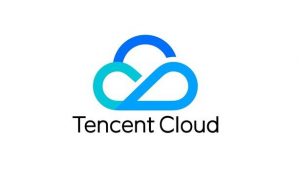 Tencent’s chief architect of TStack Cloud. “Tencent hopes to grow with OpenStack, make valuable contributions to the community, and bring prosperity to the OpenStack ecosystem.”

Tencent actively participates in the OpenStack and open source communities. The company created a WeChat official account to share its experiences with OpenStack users and regularly submits bugs and blueprints. Tencent also has shared its OpenStack expertise at numerous conferences, including OpenStack Days China, OpenStack Summit Sydney, and the Global Cloud Computing Open Source Summit in China, where Tencent gave a number of technical presentations and participated and passed in an OpenStack interoperability test. Tencent is also an active member of the Cloud Native Compute Foundation, Linux Foundation, and MariaDB Foundation.

“Tencent is among the largest OpenStack users globally,” said Jonathan Bryce, executive director of the OpenStack Foundation. “End-users are a critical part of our community, and when users like Tencent step up to participate at the Gold Member level, it highlights the role users play in supporting the OpenStack project, both financially and technically.”

How to Add a PDF File to a WordPress Post