Creative Assembly’s Total War Battles: KINGDOM is a free-to-play, persistent-world strategy game. The game is set during the chaotic turn of the 10th Century, as the world starts to emerge from the Dark Ages divided and at war. Combining realm-building with large-scale tactical battles, players will be able to join in massed multiplayer wars against other lords in a fight for the throne. 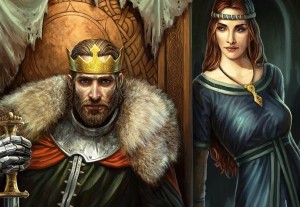 The game is available to play on PC now. To download the game from Steam, go to: http://store.steampowered.com/app/300080/.

Creative Assembly always fits a unique hosting solution to a specific game project. Due to their raw power and flexibility in deployment processes, the company selected LeaseWeb’s on-demand Bare Metal servers as their preferred hosting solution for the beta release of Total War Battles: KINGDOM. In the near future, LeaseWeb’s Private Cloud might be added for overspill capacity.

“Creative Assembly is currently running several new projects with a variety of new games, but Total War Battles: KINGDOM is our first free to play, cross platform game experience” said James Maxwell, IT Director, Creative Assembly. “It’s a role-based game with a persistent, real-time world that continues to evolve over time – a game with new features being added and an ever-expanding set of options for our players.

“That’s why we approached LeaseWeb, one of the top hosting providers in the world,” added Maxwell. “They have data centers in Europe, U.S. East and West Coast and Asia, as well as a large amount of high-bandwidth network PoPs available worldwide. As this new game is aimed at a potentially huge worldwide player-base and we’re not sure yet what to expect from it in terms of its player-base, we definitely needed a true global hosting partner that could meet our high-bandwidth and instant scalability requirements. That’s where LeaseWeb came in.”

Creative Assembly required a geographically distributed on-demand bare metal server architecture for Total War Battles: KINGDOM – a high-performance solution with high amounts of RAM and 100 Mbit unmetered bandwidth on all dedicated servers. Creative Assembly also had the ability to freely choose their own hardware vendor, something quite rare within the hosting business.

Creative Assembly and LeaseWeb engineers have worked closely on a client-specific technical solution for the game. “For a free to play, persistent world game it’s very important to have the lowest latency possible,” said Maxwell. “Just a few milliseconds of lag in a gaming session can make the difference and we really want to give our players an equal experience from any server on any location in the world, whether they are located in Asia or on the U.S. East or West Coast. LeaseWeb’s engineers have greatly helped us in selecting and implementing a Two by Two configuration for a low-latency gaming experience.”

How migration can help meet your sustainability objectives