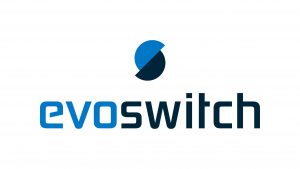 EvoSwitch, an international and cloud-neutral colocation company with large data centers located in Amsterdam and Washington DC with their cloud interconnection platform EvoSwitch OpenCloud, has announced its plans to build a new highly energy-efficient data center in Amsterdam. The new carrier-neutral facility in the Netherlands will be located adjacent to its existing Amsterdam premises, EvoSwitch AMS1.

The new EvoSwitch data center is the first phase of a major facility expansion, with a roadmap to expand capacity up to 30 MVA in the coming years. It will add 6,000 square meters (sq. ft.) of colocation space, offering 7,5MW of new capacity to the company’s existing 15MW data center campus in Amsterdam. EvoSwitch’s in-house engineered modular data center building concept features 2N electrical redundancy and ‘Indirect Adiabatic Free Cooling’ with hot and cold aisle containment. It would allow for a low Power Usage Effectiveness figure (PUE= 1.2) thus resulting in a highly energy-efficient and reliable colocation data center environment for customers. EvoSwitch expects its new data center in Amsterdam to be operational in Q1 2019.

Although completely separated from current data centers present at the campus terrain in Amsterdam, the new EvoSwitch AMS1 data center (AMS1 Campus Hall 7, with Hall 8 and Hall 9 planned for subsequent phases) will be interconnected with existing data center infrastructure through a corridor. As this is an on-campus data center expansion, it would allow customers to profit from enterprise-grade and network-rich ecosystem features from day-1. Future-proof design amenities available at EvoSwitch AMS1 include colocation racks and private cages featuring redundant 2N cooling, direct access to major Internet Exchanges; an ever-expanding amount of managed services including cloud interconnectivity; the use of 100% renewable energy; 24/7 engineering staff onsite; and a 99,999% uptime guarantee.

– read further below the image –

“Our patented, in-house engineered and highly modular data center design offers stand-alone units with their own multiple UPS back-up solutions, as well as distribution boards, cooling units, and fire suppression systems,” said Eric Boonstra, CEO at EvoSwitch. “This allows for highly autonomous and easily scalable data center units being deployed, even as a partial solution within current data center expansion, catering to the needs of cloud service providers and so many other companies with dynamic, high-scalability needs. Combined with third-party accredited security compliance standards in place, including ISO 27001:2013, PCI-DSS, SIOC1 Type II, as well as ISO 14001:2004 and LEED Gold certifications, our added data center space in Amsterdam meets all requirements of enterprises and CSPs across the globe.”

“European data center growth in 2017 was faster than ever before, according to a recent CBRE report and JLL report, particularly in Amsterdam and London,” added Mr. Boonstra. “The CBRE and JLL reports result are in line with our own experiences and revenue results this year. Another report from Digital Gateway to Europe mentions some key drivers for the Netherlands being a top-10 data center hub in the world. These key drivers include the wide range of high quality and low-latency connectivity options available; the stability of the energy grid in the Netherlands; and the country’s rapid expansion of ecosystems across networks, as well as cloud and hosting companies.”

“These market research reports confirm that we’re on the right track with the EvoSwitch colocation and cloud interconnectivity offerings and current expansion plans at our Amsterdam data center campus,” added Boonstra. “The rapid expansion of cloud ecosystems in the Netherlands, in particular, is an important factor in growing our customer base. The EvoSwitch OpenCloud cloud interconnectivity marketplace being established in 2015 enables ecosystems of cloud, hosting and networking providers as well as enterprises and startups to establish robust, direct links between networks inside our data centers in Europe and the US. It also allows for secure access at minimal latency to public clouds like AWS, Azure or Google Cloud Platform. The new data center build will add to the networking efficiency of ecosystem members, allowing for ecosystem growth and even more efficiency across cloud environments.”

EvoSwitch provides secure and sustainable data center services, with cloud- and carrier-neutral data centers in Europe and the United States. EvoSwitch is home to growingecosystems of customers around interconnection and hybrid cloud, operating at the edge of the Internet and providing access to public clouds. EvoSwitch enables global and local customers to build their IT infrastructure for growth, creating value for customers and partners alike offering currently 139.900 sq. ft. (14.000 m2) and ample room for further growth on both sides of the Atlantic.

Security, Compliance and Risk Management in FSI (Part 3 of a...

Moving the market with Cloud28+

What Makes OCSL The Perfect Partner for Azure Stack?