UK cloud company iomart (AIM: IOM) has made its second acquisition of 2015, acquiring United Communications Limited which trades as ‘United Hosting.’ United Hosting was founded in 1998 and provides managed hosting, dedicated servers and shared web hosting services and domains to approximately 6,500 customers, the majority of which are small businesses.

iomart has acquired the entire issued share capital for a total consideration of up to £11.0 million, with £7.5 million settled in cash on completion. A further £3.5 million is contingent on United Hosting achieving agreed EBIT performance targets in years to April 2016 and 2017.

United Hosting is based in Hemel Hempstead in Hertfordshire, where its main data center facility is located. It also leases data center space in London and in Dallas, Texas and has a support function based in India.

This is the second acquisition of the year for iomart. In June, the Group acquired SystemsUp, an IT consultancy specializing in the design and delivery of public cloud hosting solutions. 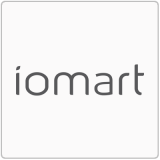 “In line with previous acquisitions made by iomart, United Hosting is a profitable, growing business whose services reflect those we offer,” said Angus MacSween, CEO of iomart. “As such, the business fits well within our acquisition criteria and will be a valuable addition to the Group.”

The co-founders of United Hosting, brothers Matt and Simon Wallis, will remain with the business.

“This is a huge opportunity to develop and grow the business,” said Matt Wallis, Director of United Hosting. “We are now backed by one of the leading providers of managed hosting and cloud services in the UK as well as a company with all the regulatory and financial strength that comes with being listed on the London Stock Exchange. Having met with Angus and his executive team we believe they can take us to the next level of success.”

AWS Outposts: Overview and How It Works

How to Install Desktop Sharing App for Remote Troubleshooting