The first phase, which is already 75% occupied, is the start of a build out of 88 Racks in a 9,000 square foot data center facility. Uniserve will support and supervise data center operations from an onsite 24/7 network operations center. The data center would represent Uniserve’s commitment to expanding customers’ offerings of a single point of contact for data center, ISP, Telecom and Managed Services offerings. 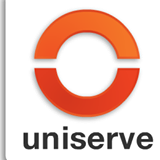 The location of the new data center is just outside of the downtown core, alleviating data traffic congestion concerns. The data center has been designed with efficiency and capacity in mind to serve client demands. Uniserve chose in-row cooling and cold aisle containment, which provides greater cooling efficiency as well as excess capacity to support N+1 operations. Building just outside of the Vancouver downtown core would mean ample protected power per rack allowing for greater density and the ability to handle more demanding customer requirements.

The first phase of the data center cost in excess of $1 million to implement, which has been funded by a commercial loan from a chartered bank in the amount of $650,000, termed over 5 years. Also, Uniserve has announced that Director and Chairman, Michael C. Scholz, acquired an additional 988,889 shares, increasing his control position in the Company to 32.5%.

Oracle Unveils Its First Cloud Instances Based on the ARM Architecture

Cloud OnAir: Building for growth – the future of transactional data...

What is a Data Warehouse?