The University of Leicester, a leading UK university with more than 20,000 students and 4,000 faculty and staff members, has deployed Cloudian’s HyperStore object storage system as the foundation of a revamped backup platform.

The University of Leicester has three data centers. which are managed by Systems Specialist Mark Penny and his team. Their responsibilities include providing backups for all home directories, corporate systems and research data (including HPC data) in a mixed environment encompassing Windows, VMware and Lustre.

“We wouldn’t be able to continue backing up data, access backups or conduct restores until we replaced the hardware and spun up the system again, a process which could have taken weeks,” said Mark Penny. “Fortunately, we never faced this situation, but we knew we had to make a change.”

In looking for a new solution, one of the university’s key criteria was ensuring the index data could be moved from the media servers to a robust, fault tolerant, shared storage environment. In addition, that same environment would serve as the backup target.

Mr. Penny found other options he evaluated to be complex and costly and ultimately chose Cloudian after conducting a full proof of concept. 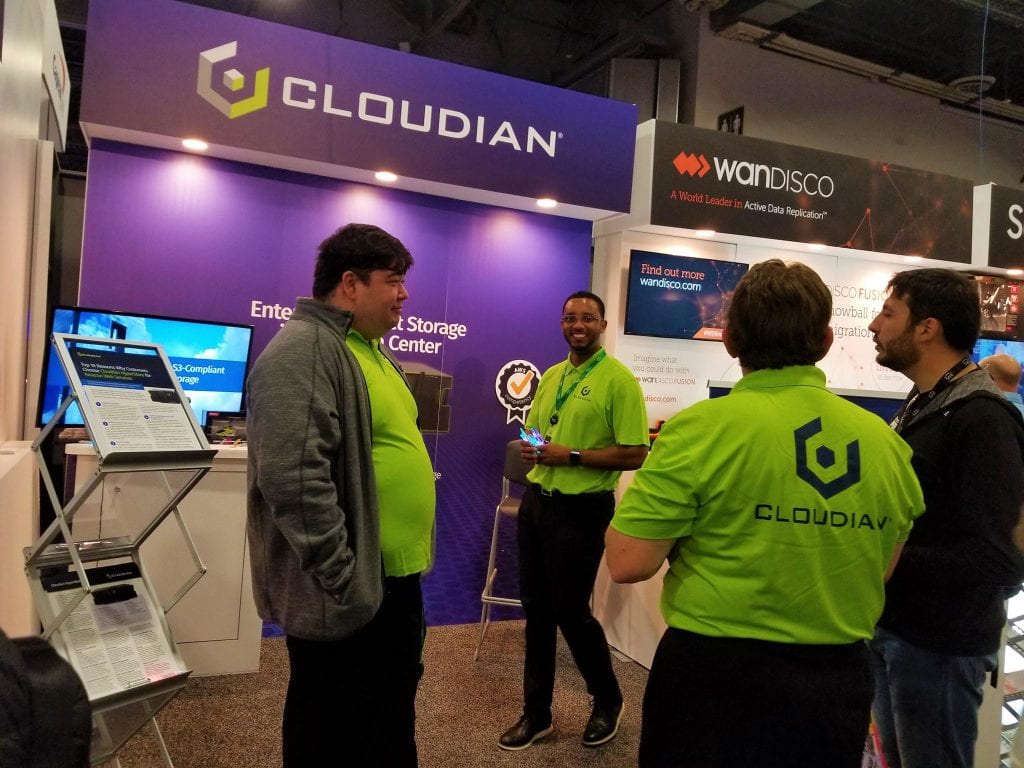 “With Cloudian, I liked that I could try it in a VM and install it myself on my laptop in 15 minutes,” said Penny. “It gave us confidence that we could easily manage the system.”

The University deployed Cloudian’s HyperStore software on 12 HPE servers with 3.4 PB raw storage. For data protection, erasure coding was enabled in a 9+3 configuration, resulting in 2.5 PB usable capacity. In this configuration, up to three servers can fail simultaneously without impacting data availability.

While Mr. Penny initially planned to deploy the system across the three data centers, due to an unexpected surge in research data and the lack of additional funding to meet the unanticipated growth, he ultimately had to install the full system in just one site.

Thanks to the Cloudian solution’s built-in redundancy, the university would no longer have to worry about a single point of failure in its backup infrastructure. This means it can refresh media servers when needed – including taking advantage of technology advances – with no disruption. Another benefit of the HyperStore object storage system would be the space efficiency.

“With our old SAN system, we needed 48U of rack space for 2.5 petabytes of usable storage,” said Penny. “Now we have the same capacity in just 24U – a 50% saving.” He also likes the fact that HyperStore doesn’t require much in the way of administration, one of the key factors in the decision to adopt the Cloudian platform. “The whole system is self-contained, so it’s simple,” Penny explained. “It’s easy to manage and easy to learn, even if you’re not familiar with this type of solution.”

Looking toward the future, Mark Penny estimates that his overall storage costs will be 25% lower once he deploys Cloudian in the University’s other two data centers, as still planned.

“We did a lot to try and break it, including testing a total hardware replacement, even though that’s something we’d never actually do,” said Penny. “It wasn’t a problem at all. Everything just worked.”

Cradlepoint, AT&T Collaborate to Offer Tailored 5G Solutions In the US

Can Magento Keep Pace with Technology – UKFast Round Table