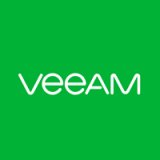 Veeam Software, a pioneering provider of data center availability solutions with its goal of becoming a $1B revenue company by 2019, has realigned its executive roster to provide the foundation for continued success. Veeam Software has promoted President & COO and member of the Board of Directors, Peter McKay, and co-founder, member of the Board of Directors and CTO, Andrei Baronov, to the position of Co-CEOs.

These executive changes would add extra focus and strength to help the company continue its rapid expansion into the Enterprise and Cloud segments and enable it to accelerate growth into the Americas and APJ markets. Also, Veeam reaffirms its goal of becoming a $1B revenue company by 2019.

“Peter has a powerful track record as CEO of several successful startups as well as leadership positions in large established technology leaders like VMware and IBM, and has taken Veeam to the next level in the short 10 months since he joined last summer,” said Ratmir Timashev, Co-Founder of Veeam Software. “Peter has played a pivotal role in strengthening our GTM sales and marketing strategy and teams, and taking the company into Enterprise and Cloud segments. By stepping up and running the go-to-market side of the business, and teaming up with long-term co-founder [Andrei] and the visionary that drives our technology and solutions, we are providing a rock-solid platform for future growth.”

Peter McKay will spearhead Veeam’s go-to-market, Finance and HR functions, as well as work in tandem with Mr. Baronov as Co-CEO to drive the company’s future growth.

How Alaska outsmarts Mother Nature in the cloud

Refactoring for the cloud with Darren Coil