Verizon has completed one of the industry’s largest known Network Function Virtualization OpenStack cloud deployments across five of its U.S. data centers. The NFV project, which began in 2015, created a production design based on a core and pod architecture that provides the hyperscale capabilities and flexibility necessary to meet the company’s complex network requirements.

Verizon worked with Big Switch Networks, Dell and Red Hat to develop the OpenStack pod-based design that went from concept to deployment of more than 50 racks in five production data centers in less than nine months.

Deployments are currently in progress in additional domestic data center and aggregation sites, with international locations to be deployed over the next several months. The design also will be adopted in edge network sites by the end of the year. 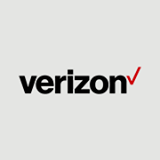 “Building on our history of innovation, this NFV project is another step in building Verizon’s next-generation network – with implications for the industry,” said Adam Koeppe, vice president, network technology planning, Verizon. “New and emerging applications are highlighting the need for collaborative research and development in technologies like NFV. We consider this achievement to be foundational for building the Verizon cloud that serves our customers’ needs anywhere, anytime, any app.”

Executives from Verizon, Big Switch, Dell and Red Hat will speak about the project at the OpenStack Summit in Austin, Texas, April 25 – 29.

To meet the challenges of a large scale NFV deployment, the companies worked together to design a solution that addressed five key needs identified early in the project:

Training an ML model with Kubeflow

Getting Started with Amazon DocumentDB